You are here: Home / Being Catholic / Catholic Saints Books for July

Ready to add a Catholic twist to your read aloud routine? These Catholic saints books for July will keep you busy during these long lazy days of summer. 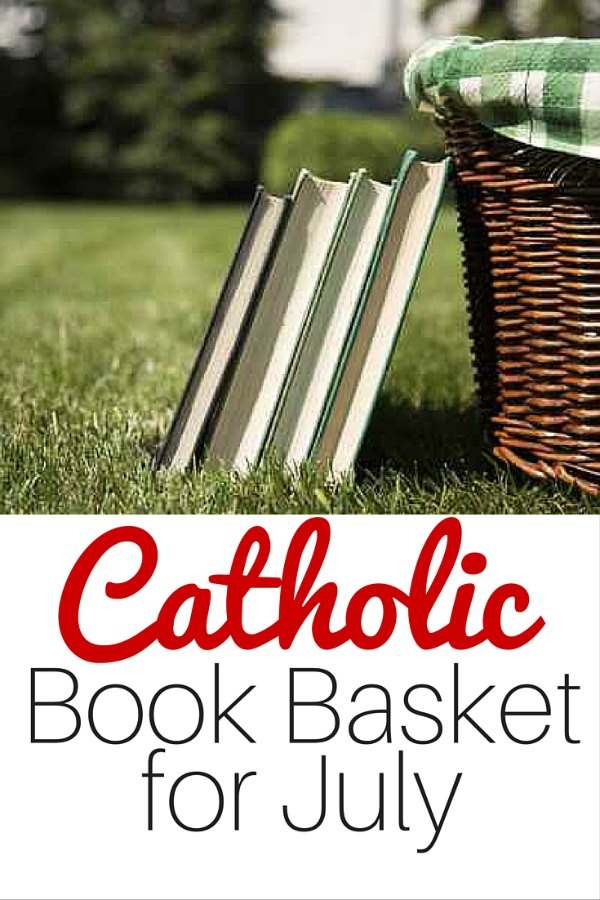 Come and take a look at some of our favorites!

St Thomas is the namesake for one of our twin boys, so he’s a beloved favorite here in the Kennedy home. Find out more about him with these selections.

Once Upon a Time Saints

“Ora et labora” – Pray and Work. Even my preschooler can recite these lines from St Benedict. He’s the patron saint of students and Europe. His Rule of Saint Benedict still directs religious life after 15 centuries.

Saints and Their Stories
Lives of the Saints: An Illustrated History for Children
Saints: Lives and Illuminations
Saints for Boys
An Alphabet of Saints
St. Benedict, Hero of the Hills
St. Benedict: The Story of the Father of the Western Monks
Citadel of God: A Novel about Saint Benedict

Lives of the Saints: An Illustrated History for Children

St Kateri was the first Native American to be recognized as a saint by the Catholic Church. She serves as the patroness of ecology, the environment, and Native Americans.

Lives of the Saints: An Illustrated History for Children
More Saints: Lives and Illuminations

More Once Upon a Time Saints

July 22nd – St. Mary Magdalene
Present with Christ during his public life, ministry,death, and resurrection, St Mary Magdalene is one of the greatest Biblical saints and an example of God’s mercy and grace.

She is the patroness of converts, repentant sinners, sexual temptation, pharmacists, tanners and women, and many other places and causes.

Tiny Saints Board Book
Lives and Legends of Saints
Tapestries: Stories of Women in the Bible
Saints and Angels

St Bridget of Sweden was a wife and mother to eight children. Following the death of her husband, she founded the Bridgettine Nuns. This order spread throughout Europe, with monasteries from Scandinavia to Italy.

July 25th – St. Christopher
Considered a saint, but not in the OFFICIAL canon of saints? You’ve happened upon St Christopher.

He’s listed as a martyr, but there are no primary sources about St Christopher, only legends.

Regardless, his medals and devotions are among the most common in Catholic circles. He’s known as the patron saint of travel and all things related and against sudden death.

Saints: Lives and Illuminations
An Alphabet of Saints
The Legend of St. Christopher

July 25th – St. James the Greater
One of the first disciples of Jesus, they met on the shores of Galilee.

After Jesus’ Ascension, James preached the gospel in Israel, the Roman kingdom and Spain.

As mother of Mary and grandmother of Jesus, St Anne is a saint that I lean on, as a model for motherhood and raising a holy family.

My First Book of Saints
Once Upon a Time Saints
Saints and Angels
Lives of the Saints: An Illustrated History for Children
Joachim & Anne: Love for Generations

Oh Saint Martha! How many of us can identify with you, being distracted by all the things that need to be done? Let us follow your example, and simply serve Jesus.

She is known as the patroness of servants and cooks.

More Once Upon a Time Saints
Tapestries: Stories of Women in the Bible
Lives of the Saints: An Illustrated History for Children

This Spanish saint began his career as a soldier. After a series of injuries and operations, he focused his efforts on becoming a soldier for Christ. Contemporary of St Francis Xavier, he founded the Jesuits and is known to be the patron saint of soldiers and the Jesuits. Adult students can look to him as well — he finished his degree at 43! (perfect for homeschooling mothers who are learning right alongside their children!)

Lives of the Saints: An Illustrated History for Children
More Saints: Lives and Illuminations
An Alphabet of Saints

Do you have favorite Catholic picture books that you pull out during July? I’d love to hear about them!