You are here: Home / Family Life / Around the House / Winter Shows for Preschoolers to Stream on Netflix

Are your kids going crazy with cabin fever? Need a different focus for your homeschool during the winter weather?

I’ve collected some of our family’s favorite winter shows for preschoolers. (These are all currently available for streaming on Netflix.) This makes it easy to pull together some fun winter themes to drive away the winter blues. 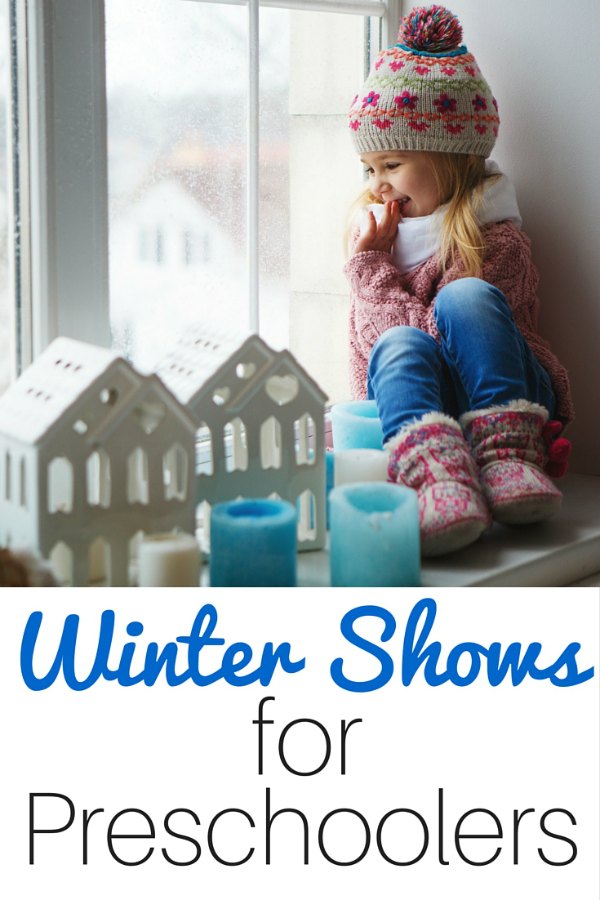 Around here, you’ll see Wild Kratts on our TV and tablets frequently. My kids love Martin and Chris’ adventures with animals all over the world. 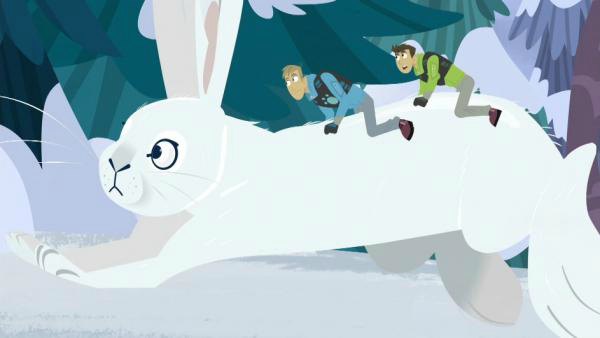 Under Frozen Pond
The Wild Kratts team venture under a pond that has frozen over to find out how pond-dwelling animals survive during the winter – when the temperatures are low and food is scarce.

Snow Runners
In this episode, the Kratt brothers crash their rocket-propelled sled into the Tortuga, which causes an unlocked cage containing three hispid hares (which were supposed to be taken to Nepal) to slide away. The Kratt brothers go out into the snow to find the hares, but the cold and the deep snow keep them from moving quickly. This changed when they come across a snowshoe hare, whose wide feet keep it from sinking in the snow.

Journey to the Subnivean Zone
A miniaturized Chris and Martin get lost in a snowy field and uncover the secret underground world of the meadow vole. 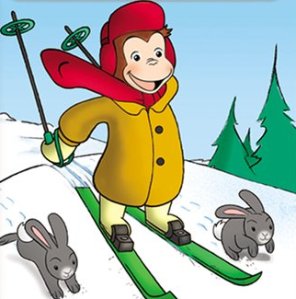 Ski Monkey
When a blizzard covers the country house with a foot of snow, George can’t wait to go outside and play.

George vs. Winter
Winter is closing in and George is miserable…how’s he going to survive without all the fun summertime activities he loves?

Ice Station Monkey
George and the Man with the Yellow Hat are having a blast on their research assignment in the Antarctic! 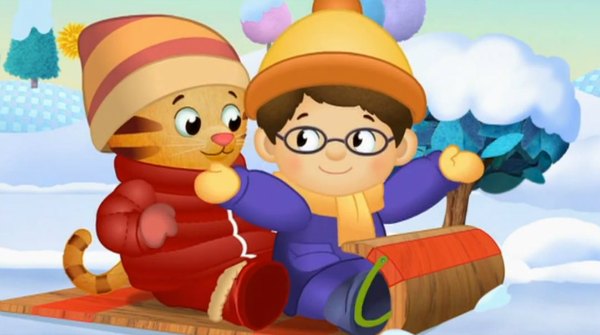 Snowflake Day
It’s Snowflake Day, a day when everyone gathers in the Enchanted Garden to share music, food, and fun! With the snow falling, Daniel and his parents observe that each snowflake is different: “Snowflakes are just like people. They look a lot alike at first, but one is different and each one is special.”

A Snowy Day
It’s snowing in the Neighborhood! Miss Elaina is coming over to Daniel’s house to play in the snow.

Daniel’s Winter Adventure
It’s snowing in the Neighborhood! Miss Elaina is coming over to Daniel’s house to play in the snow. 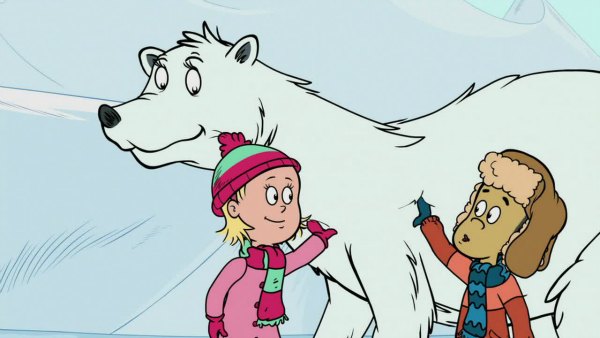 Cat in the Hat Winter Shows for Preschoolers

Snowman’s Land
In the arctic, the kids skate on a frozen lake, make snow sculptures, and learn that water can freeze and melt when it’s cold or warm outside.

Flight of the Penguins
Sally and Nick meet Percy the penguin. After a fun race the kids learn that not all birds can fly.

A Long Winter’s Nap
Sally and Nick are so excited to go ice skating tomorrow they can’t asleep! Boris the bear can help!

Reindeer Games
Nick and Sally can’t find their sled that’s buried under the snow. Cat’s friend Magnus the reindeer is great at finding things in the snow. Off they go to the Jingly Bell Forest where Magnus shows them how he digs with his feet and shovels snow with his antlers.

Little Lemmings
It’s cold outside, but Nick and Sally want to keep playing. Is there a way to stay warm out in the cold? Cat’s friend Lars the Lemming will know!

A Polar Adventure
They meet Polly and her two bear cubs and learn how their thick fur keeps them warm and how their long claws keep them from slipping on the ice. 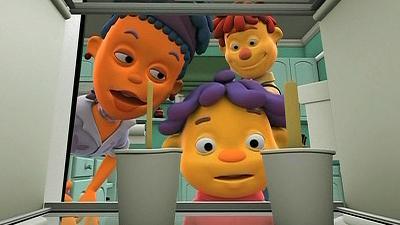 My Ice Pops
Sid is determined to learn why his ice pops have melted. 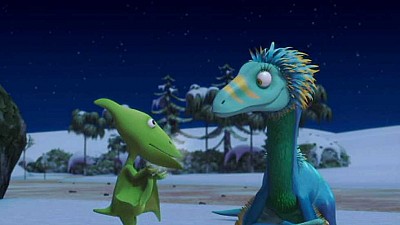 Winter Wish
While visiting the North Pole, Don wishes for it to snow. His wish soon comes true when the Dinosaur Train gets snowed in due to a huge blizzard. 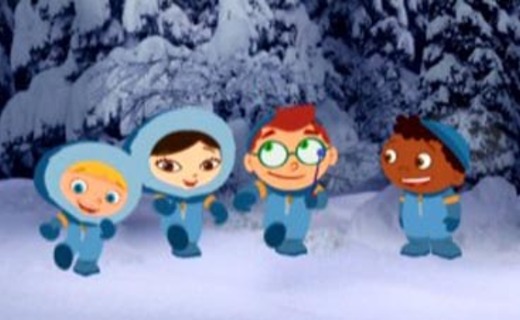 Northern Night Light
While flying on Rocket the gang travels toward Lapland a frozen place near the Arctic and finds a Baby Reindeer wandering into a winter forest but there’s a problem…Quincy is afraid of the dark, Will Quincy conquer his fear and rescue the Baby Reindeer?

The Christmas Wish
Leo and team are reading a story about the boy who wishes to have a turtle. The box is empty but his mother says that it is a wishbox, so the boy makes a wish to make his dream come true and succeed. The team receives wishboxes under the tree except Annie. Her wishbox fell off Santa’s sleigh during a heavy blizzard and the team must go to the tallest mountain in the world, Mt. Everest in Nepal, to get the wishbox before it falls.

The Wind Up Toy Prince
June is in Iceland performing a ballet about a toy prince who makes all the toys in his kingdom happy. Will June manage to help the Prince?

Flight of the Instrument Fairies
Quincy is telling a story about the instrument fairies, which have their own color magic and creates beautiful colors and make the Aurora Borealis. A big snow storm blows the instruments into a bear’s cave. However, the violin fairy (the smallest) can escape the bear cave through the key hole and it is up to the team to help the violin fairy rescue the other instruments before the polar bear arrives.

The Wild Goose Chase
A baby goose gets lost during its migration through the Russian Arctic. Will the gang find the lost baby goose in time for it’s migration? 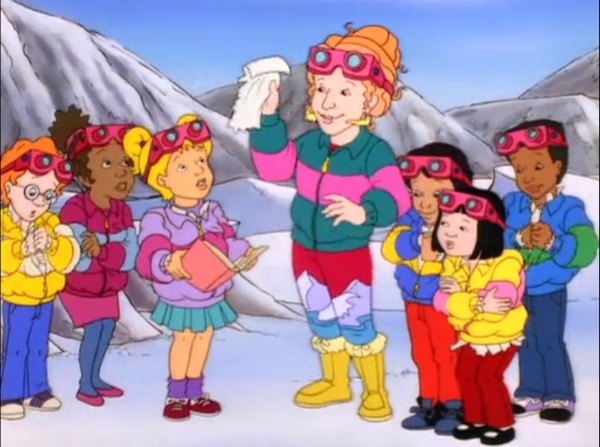 The Magic School Bus in the Arctic
“Where did the hot go?” wonders Arnold when he finds that his hot cocoa has cooled. In response, Ms. Frizzle whisks the class to the Arctic! What’s the freezing Arctic got to do with heat? While the kids try to find out, the bus’s engine freezes and the bus floats away on an ice floe with Ralphie and Phoebe inside! As the bus moves away, so does the heat from everyone’s body. How can Ms. Frizzle’s kids insulate their body to keep the heat in? Can they rescue Ralphie and Phoebe before they all become the Ice Cube Kids? 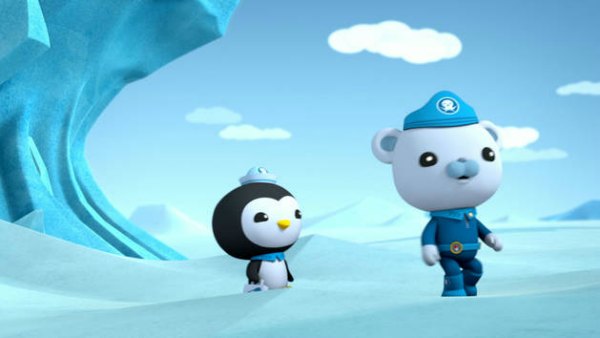 Great Penguin Race
Peso is going home to Antarctica to watch an annual penguin triathlon, the Iron Clam Competition, but learns to his dismay that his little brother Pinto has entered him in it. With the Octonauts cheering him on, Peso will have to slide, dive and swim his way to victory, against the annual athletic winner, Hugo.

Adelie Penguins
Kwazii and Peso have to babysit some penguin chicks whilst their parents go hunting for fish. Captain Barnacles uses the GUP-C’s icebreaking powers to get them home when an iceberg and a perilous sea storm blocks the way.

Humpback Whale
When a sardine swallows the key to a treasure chest, a humpback whale helps Kwazii track it down.

Great Arctic Adventure
While the Octopod is at the base for repairs, the Octonauts take vacations for themselves. Captain Barnacles and Peso visit his sister Bianca at her den and helps her and her two cubs Orson and Ursa to find the sea ice during the springtime migration and call on the rest of the Octonauts to rescue fellow polar bears from Norway, Canada, Greenland and Russia as their ice floe was melting.

The Over Under Adventure
The Octonauts’ mission to explore Antarctica during which they marvel at sea tulips and hourglass dolphins becomes a desperate rescue as a group of sea stars and urchins are threatened by a brinicle – a rare underwater icicle that can freeze creatures on the sea bed. So the crew use the recently built GUP-S to save the day, with the help of a Weddell seal.

What are your favorite shows for your preschooler during the winter? I’d love to hear your ideas!